Michael (Mike) Feeser is a Maryland-based Optometrist with over 15 years consulting on clinically-based IT projects. Prior to his retirement from the Navy in 2017, he served as the Director of Clinical/Business Informatics for the Defense Healthcare Management Systems Modernization, the organization responsible for acquiring, testing and deploying the Cerner/Dentrix Electronic Health Record to over 300 military hospitals and clinics worldwide. In this capacity, he was responsible for leading a team of clinicians and informaticists in the development of functional success criteria for the DOD testing community, and the development and execution of a six-week Operational Assessment utilizing 19 real-life end-to-end scenarios with 50+ functional users from around the world at a testing facility in Seattle, Washington. Dr. Feeser is a Fellow in the American Academy of Optometry, the American College of Healthcare Executives, a Certified Professional in HIMSS (CPHIMS), and is CHCIO-Eligible in the College of Healthcare Management Executives (CHIME). Professionally, he has served the Armed Forces Optometric Society as the Chair of the Licensure by Endorsement Committee, and has published articles on Licensure by Endorsement in the AFOS Quarterly Newsletter. He has lectured on macular degeneration and retina at numerous national continuing education conferences including SkiVision 2011 and SkiVision 2012, and the Armed Forces Optometric Society 2011 annual conference. He has published three clinical care articles in Primary Care Optometry News, a widely read monthly newspaper for U.S. Optometrists. Dr. Feeser served on the Navy Medicine Electronic Health Records Advisory Board, and as the Navy Regional CMIO for the National Capital Area from 2007-2012. Subsequently, he facilitated the development of software interfaces to seamlessly integrate complex exam data into the electronic health record, AHLTA. Total procurements for Navy Optometry under this program exceeded 20 million dollars. Man-hours saved by the modernization have been estimated in the thousands per year. A native of Pensacola, FL., Dr. Feeser earned a Bachelor of Arts degree in Marketing from Florida State University, his Doctor of Optometry degree from the Nova Southeastern University College of Optometry, and completed his Master’s Degree in Government Information Leadership from the National Defense University in 2015. 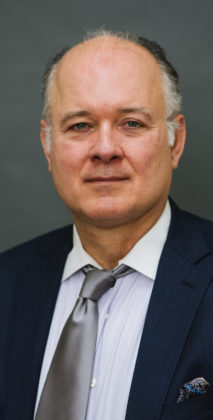 COVID-19 Policy and Procedures
We Are OPEN! Please click here to learn our new protocols due to the COVID-19 pandemic.
READ MORE
X